The work's aim is to constitute a fake, imagined scenario (that could easily happen in the near future though), to create an anonymous user who confesses his story online. He would describe his problem in a post: that he started developing feelings for an x-rated NFT he bought from an OnlyFans model who just started selling NFT-s, and it started to interfere with his normal life.

The work appears in a 3D virtual exhibition setting as an installation of multiple images: it includes the original post by this fictive user in the center, the supposed NFT he has bought (censored/pixelated), also various comments on it by other users, snippets of information, comments, screenshots, reaction memes, fake articles spread around the space. 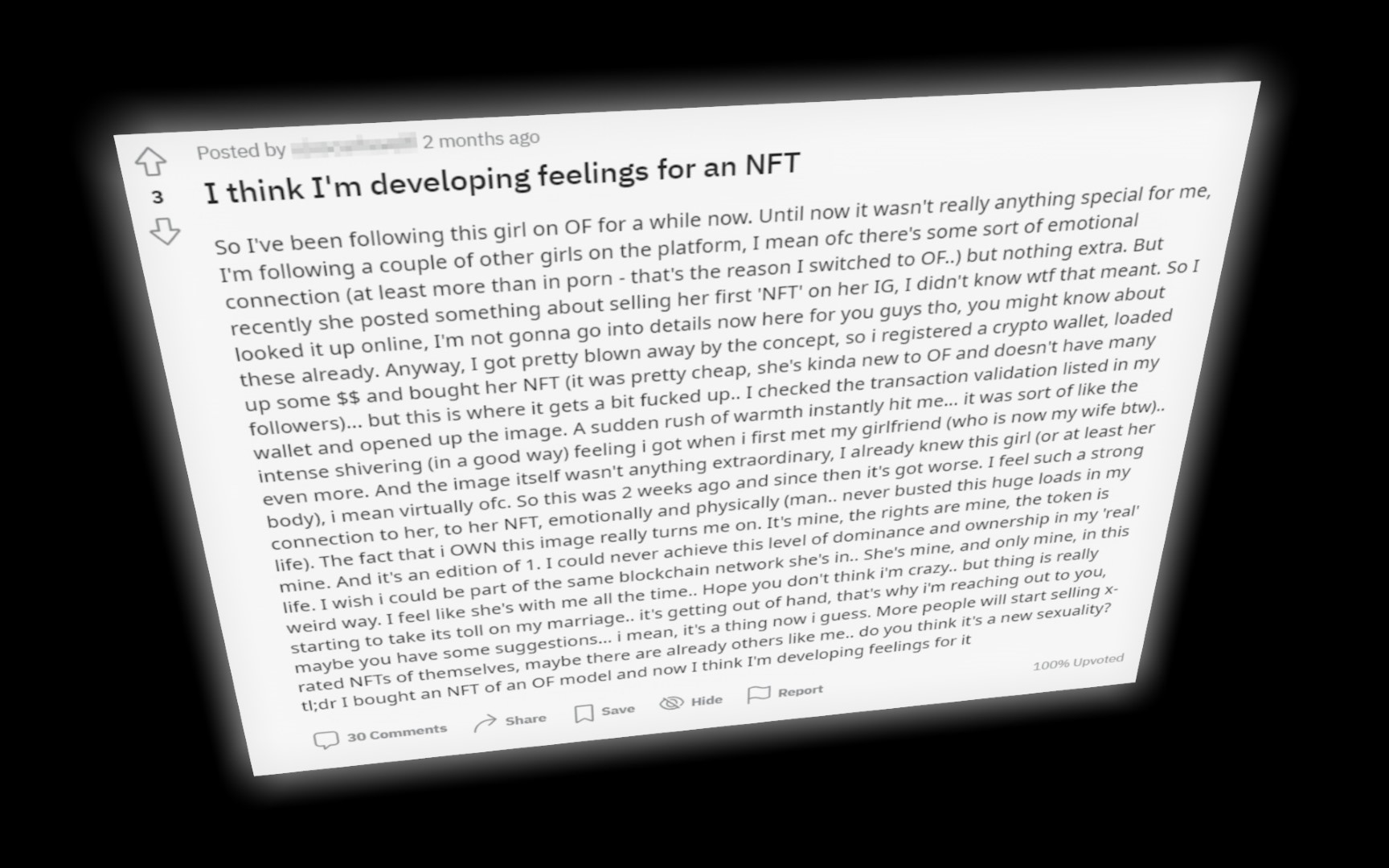 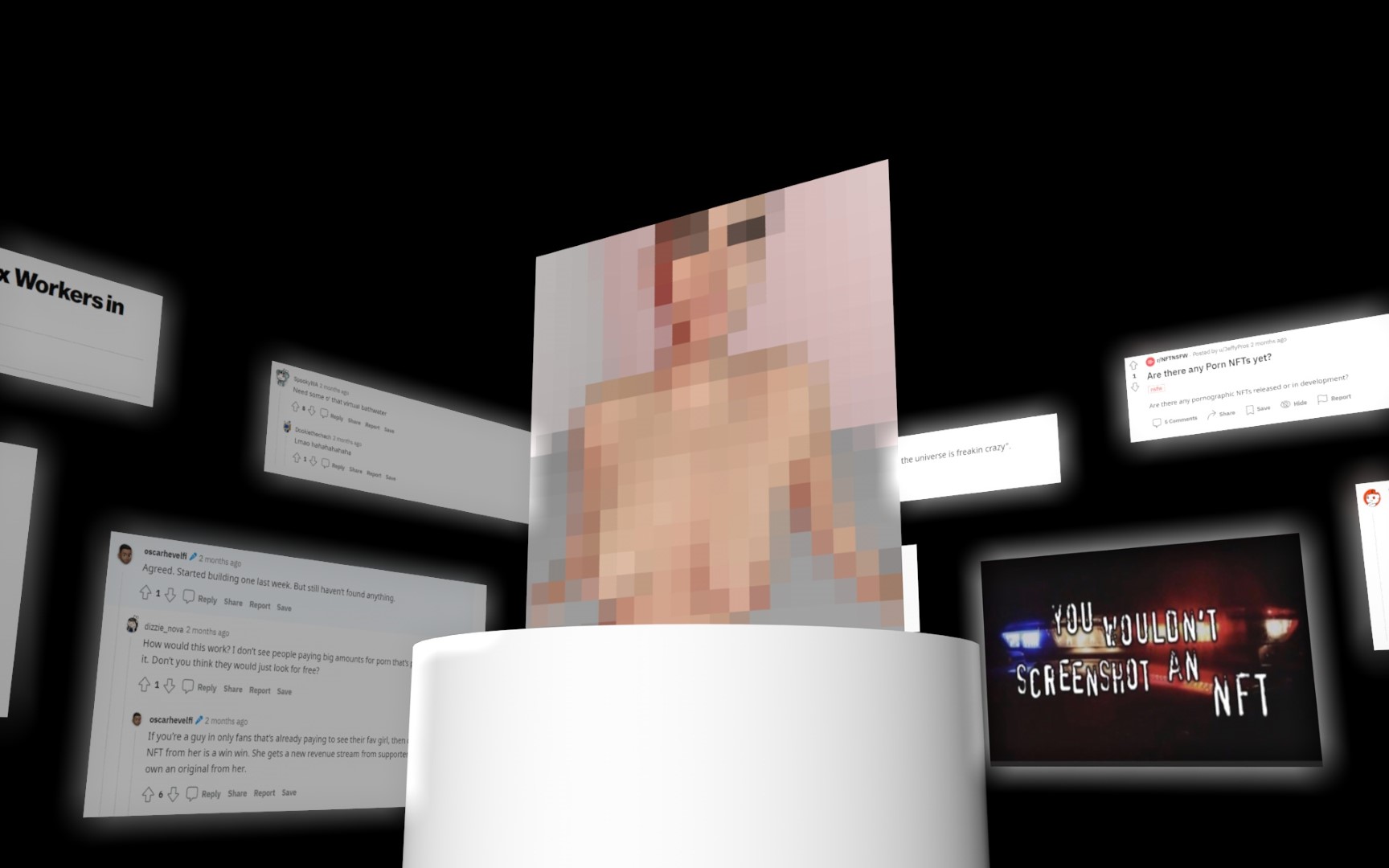 2021, What's Up The Body, virtual group exhibition, organized by YeahDAO